The East Anglia Area ran another Achievement Scheme Fixed Wing A and B Workshop on Saturday 18th May 2019, kindly hosted by the Newmarket Model Flying Club at their West Row, Mildenhall, Suffolk site.

30 Delegates braved the weather, (the day was dull, overcast with the odd spit of rain, but warm!) and the very narrow Suffolk lanes and cart tracks to register for the Event.  The Achievement Scheme ratings of the Delegates varied from Club Examiners and ACEs, those wanting to become Club Examiners to complete beginners (had a model and all the necessary equipment, but never flown) as well as ‘I’m thinking of taking up model flying and I thought I’d come along (from Enfield, no less) to see what it is all about’. Inevitably, the Delegates level of knowledge was also quite varied.

The day started with a tutored discussion group about the preflight checks required to demonstrate that the flight can be carried out safely (ANO 94) and took well over an hour and was ably fronted by Graham Gooch. Many of the Delegates admitted that they did not carry out some of the checks as their worth was unclear.  However, now that they understood the rationale and legal implication behind these checks, they decided that they would carry them out in future and would encourage their Club Members to do the same.  Interestingly, a lengthy discussion was generated by radiation patterns and orientation of the transmitter aerial and the location and orientation of the receiver aerials.  These vital topics can be easily misunderstood with dire results in the worst case. 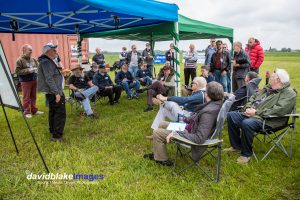 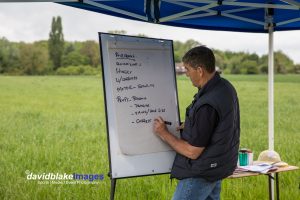 We discussed the shape and positioning of the Fixed Wing A manoeuvres followed by a lengthy discussion about height, distance out and shape of the manoeuvres, especially the figure of eight. 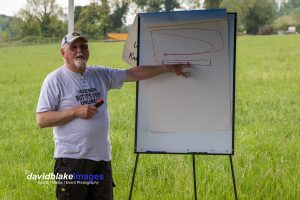 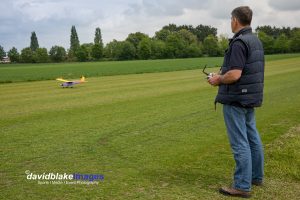 Graham Gooch then flew the A incorporating many of the common errors seen during Assessments and the Delegates were invited to Observe the flight and then spot the errors. 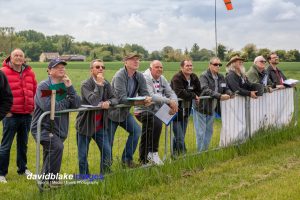 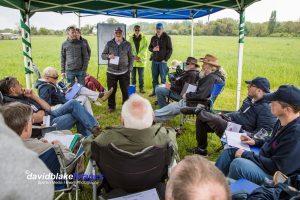 This generated quite a lot of group discussion, but even then, some of the deliberate errors were not spotted. Graham then flew the A ‘to the required standards’, and some Delegates commented that they wished that they could fly to that standard. It was agreed that correct mentoring and dedicated practice would enable them to reach the standard.

Members of the Newmarket MFC then provided the barbecue and I’d like to thank those members who gave up their time to do all the necessary work. No one went hungry.

The afternoon session was dedicated to the Fixed Wing B and commenced with shape and positioning of the manoeuvres. This took well over an hour with yet another healthy discussion. The B schedule – ‘with common errors included’ – was flown by Chris Bond of Bondaero. 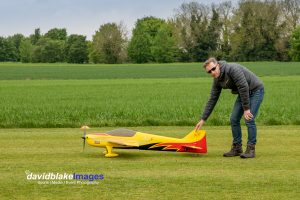 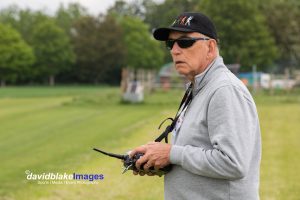 It takes a very skilled pilot to deliberately include so many errors while making it look so good. The Delegates then discussed what they had seen, or thought that they had seen.  They managed to spot about 3/4 of the included errors. Chris then flew the B ‘to the required standard’ and it was agreed that he made it look easy.

All the Delegates agreed that the day had been worthwhile and each had learned a lot. Some even went as far as to admit that they were unaware of some of the topics discussed.  Some feedback from emails after the event included:

At the end of the day, the Delegate who had never flown presented his model, had it checked over, test flown and tweaked, test flown again and then he had a brief flight on a buddy lead. He went home looking like the Cheshire Cat!

17 attendees completed and returned the questionnaire about the day and the analysis showed that:

Attendees were also asked to rate out of 10 a number of aspects of the Workshop, and the results were:

Acknowledgements are due to David Blake for the photos of the event.  If you would like a copy of a photo, please contact David Blake via email on davidblake1@mac.com

Finally, many thanks to the Members and Committee of Newmarket Model Flying Club for their dedicated work in allowing the Event to take place on their field, the preparations and making it all happen on the day. Well done.