This was the first Chairmans’ Conference in the Area and all Area Clubs were invited to send up to 2 representatives to the event.  We had also arranged for the Club Support Officer, Andy Symons, and the BMFA’s PR Consultant, Paul Tallett to come and speak to the Conference.  The event was held in Bury St Edmunds on 3rd October 2018.  Mike Rieder (Chairman), Paul Hoey (Delegate), Mike Woodhouse (Sec/Treas), Phil Gutteridge (Area ASC) and Peter Jenkins (webmaster) were present from the Area committee while 22 attendees from 16 Clubs attended.  See the list at the end of this report. 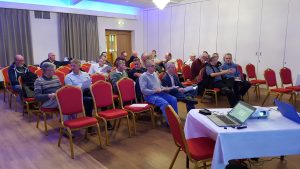 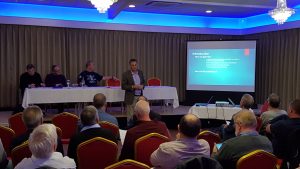 The Conference Agenda was as follows:

Each of the above topics was supported by a presentation and clicking on the heading will take you to it.  To summarise on each of the items:

All attendees agreed that the event had been a success and would like something similar next year.

The following Clubs were represented: